Home  > NEWS  >  What is the function of the lithium-ion battery equalization circuit?

What is the function of the lithium-ion battery equalization circuit? 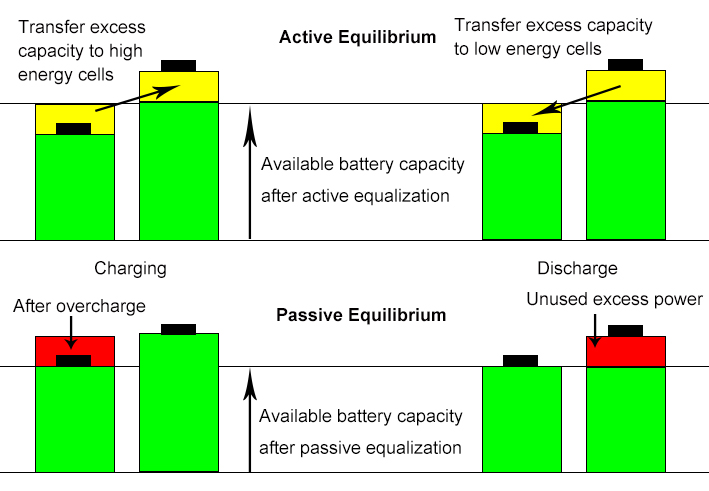 The EVERLONG project, funded by the European Union's Horizon 2020 Research and Innovation Program, aims to improve the reliability, life and safety of lithium-ion batteries by developing more accurate and standardized battery monitoring and management systems, and to predict battery behavior in all situations and throughout the life cycle. Active and effective battery management is possible.

Professor Bao's first article of translation introduces the balance of electric cores, especially how to evaluate the equilibrium strategy. First discuss the circumstances under which core equilibrium is really needed, second, define different equilibrium strategies based on energy storage scenarios, and finally propose a balanced strategy for most scenarios.

1, the root cause of the imbalance of the electric core

Reliable and economical power storage solutions are required due to decentralized energy infrastructure (fixed energy storage equipment) and the growing number of environmentally friendly travel tools (electric vehicles). Lithium-ion batteries show the potential to meet these needs because of their high energy density. However, electric vehicles require not only high energy density, but also high overall energy (high-capacity battery packs). To meet these needs, the cells form a battery pack in series and parallel, and up to several thousand cell-savers in a single battery pack (e.g. 18650 or 21700 cells used by TESLA). Battery pack voltage is associated with tolerable losses and power electronic design, and usually determines the number of cells in series. On the other hand, the number of parallel power cores depends on the energy and power requirements of the entire battery system.

The characteristics of the core are slightly different due to manufacturing tolerances, such as changes in electrode thickness and overall component connectivity. Due to limited manufacturing accuracy, even the same batch of cores have different initial capacity and impedance. These parameter deviations are in Gaussian (normal) distribution. Different core capacities and impedances mean that in a series connection, there is always one core or multiple core blocks (multiple cores in parallel) that first reach the end of charging or discharge end voltage. Taking into account the safety factors these first reach the end of charging or discharge end voltage limit can not be exceeded, so that the capacity of other cores can not be fully utilized. In addition, due to changes in the internal parameters of the core or the presence of temperature gradients, different self-discharge and aging rates make the core voltage difference. This difference in core voltage leads to further premature limits on the capacity of the battery pack. To avoid possible capacity constraints, a balanced circuit is often required in a battery system.

In general, the balance of the core is related to the mass of the core, which includes the change of the initial core parameters and the aging behavior under the same conditions, the quality of the battery system, especially the quality of the thermal management system. If the exact same cell and no temperature gradient within the battery system are possible, then the equilibrium system will not need to be achieved, and then this is an impossible task.

2, the goal of the balance of the electric core

The goal of cell equalization depends on the application of the battery pack. Electric vehicles aim to achieve maximum possible range, while fixed battery packs that participate in grid control are aimed at providing the required power at all times.

In order to maximize the energy content of the battery pack for electric vehicles, it is necessary to make full use of the energy of each cell, and in the case of full discharge, although the capacity and impedance of each cell are different, it is necessary to discharge from 100% SOC to 0% SOC. For fixed energy storage involved in grid control, the core or core block in the lowest barrel effect plate needs to remain in a fixed SOC at all times to allow the release and absorption of positive and negative current pulses (FM applications) within a specified time. Since electric vehicles are ahead of grid energy storage applications, maximizing the energy content of batteries is the primary goal of cell balance.

3, the evaluation of the electro-core equalization algorithm

SOC-based equilibrium is the most accurate because it theoretically uses all charges by definition. However, the actual effect of SOC-based equilibrium algorithm sits largely on the accuracy of SOC. SOC is a state that cannot be measured directly, and SOC usually uses estimation techniques (Kalman filtering, neural networks, etc.) and amtime integration. Even if these methods can provide accurate results at the beginning of the battery life cycle, accuracy decreases rapidly during operation, with estimation errors often exceeding 2-3% (the internal BMS SOC estimation error is estimated at 5%). The current relative parameter variance of the most advanced lithium-ion batteries is well below 1%, which makes it not enough to use inaccurate SOC values as equalization input parameters.

An important feature of lithium-ion batteries is the nonlinear relationship between SOC and open-circuit voltage (OCV), as shown in Figure 1. OCV increases with the addition of SOCs. This relationship is determined by the potential of the lithium-ion battery positive and negative materials. When there is a current load, the ohm resistance, transfer impedance, and the double-layer effect cause potential to appear, so the measured end voltage (non-OCV) does not directly reflect the actual SOC. Model-based equilibrium uses the core model to estimate the over-potential of the cell, and it is possible to use end voltage under the current load to achieve SOC equilibrium. However, the model-based equilibrium algorithm has the same disadvantages as the SOC-based equilibrium algorithm, and the nonlinear characteristics of lithium-ion battery make it difficult to implement robust and accurate models, because all model parameters change within the SOC range, within different temperature ranges, especially during service life. 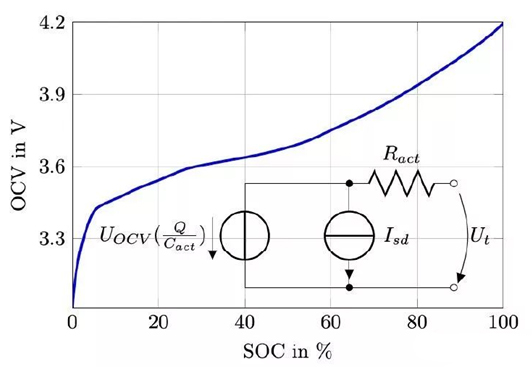 The most likely practical application of the equalization algorithm is a voltage-based equalization algorithm, as each battery system monitors the core voltage. The core voltage is usually adjusted by an equalization circuit during charging. However, the end voltage does not necessarily reflect the SOC, so the voltage balancing under load may further worsen the imbalance of the battery pack. This imbalance depends on the actual charging current, the over-potential of the cell, and the slope of the OCV. Reducing the current can alleviate this problem, so the constant pressure (CV) charging phase is suitable for core balancing. However, since the charging end voltage of the short plate core is usually an input controlled by the charger current, the voltage of the short plate core cannot be distorted, and voltage balancing is not recommended in the CV phase.

Due to the improvement of the quality of advanced lithium-ion batteries, the internal parameters of the company change very little. In addition, the temperature gradient in the battery pack can be mitigated by specific design measures (thermal management system). All of the above factors reduce the difference in core voltage, but the core voltage difference is still present because it is not eliminated. After the end of the charging static for a considerable period of time, the counter-potential elimination of the cell, at which point the end voltage reflects the core SOC, by discharging all the voltage of the core to the minimum core voltage in the battery pack, this process consumes only a small amount of discharge energy, so as long as this voltage balance is not often carried out is considered acceptable.

Due to manufacturing tolerances, lithium-ion batteries exhibit differences in capacity, impedance, and self-discharge rates, resulting in voltage differences in the battery pack, which limit the achievable discharge energy and may deteriorate further in the presence of temperature gradients. To maximize the energy content of the battery pack, a passive circuit with a bypass resistor is usually used.