Home  > NEWS  >  What is lithium-ion battery balance and why is it necessary?

What is lithium-ion battery balance and why is it necessary? 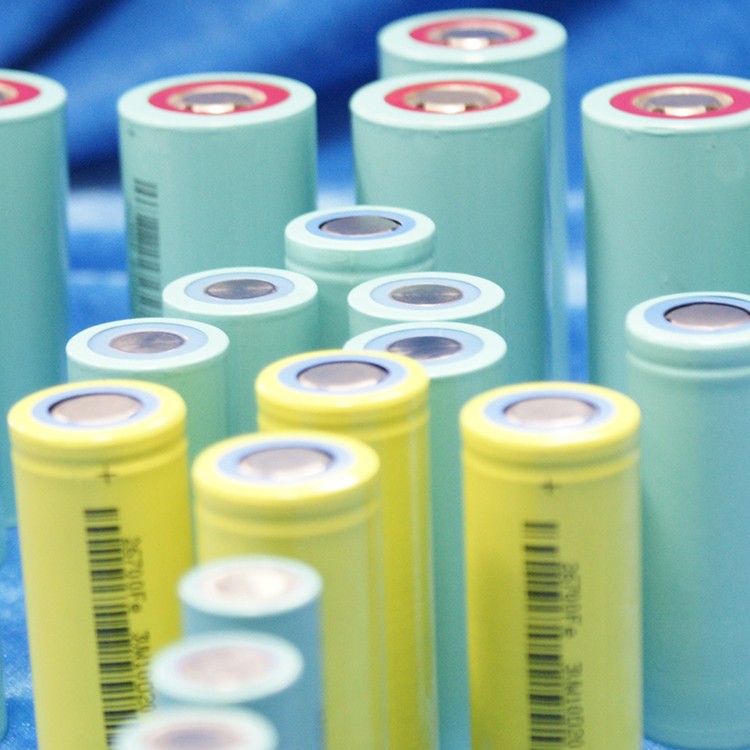 Before you discuss equilibrium strategies, it is important to understand why equilibrium is needed first. A battery pack for a fixed energy storage application or electric car, such as the Tesla Model 3, requires thousands of single batteries. The number of series and parallel cores is determined by the application. In general, the nominal voltage of the power electron determines the number of series cores, the total power and energy requirements of the application, and the electrical characteristics of the applied cores determine the number of connected cores. Different sizes of cells have different advantages, such as the application of large capacity cores is easier to assemble than small capacity cores and requires less monitoring. The advantages of small capacity cores over high capacity cores are flexibility, safety and reliability. The aging behavior of the battery pack is independent of the core capacity and usually originates from a single cell.

In fact, the characteristics of the core are slightly different due to the different manufacturing tolerances, such as the electrode thickness and the connectivity of the overall component. Due to limited manufacturing accuracy, even the same batch of batteries have different initial capacity and impedance. These parameter deviations are in Gaussian distribution. In addition, cycle aging increases the variance of the core parameters compared to the initial distribution, and differences in core parameters increase even under the same aging conditions.

Core voltage monitoring in the battery pack is a critical task due to this deviation between the cells. In particular, it is essential to keep the core voltage at the end of charging and discharge end of the limit to prevent safety hazards and premature core degradation. Due to parameter changes, one cell block in the battery string reaches these limits earlier than the other core blocks. Suppose that each core block is full of electricity at the beginning of the discharge process, and when discharged, the core blocks with the lowest and/or highest impedance sit until discharge first meet the end of the discharge standard, so the unused capacity remains in the remaining core blocks. Similar problems can occur when charging again. One cell block in the battery string will reach the end of charge condition before the other core blocks and leave them in an incompletely charged state. Therefore, series is the cause of the decrease in battery capacity. In addition to the above changes in intrinsic capacity and impedance, the deviation of self-discharge rate also affects the difference in core block voltage. As the voltage deviation between the cells in the battery string increases, the available capacity is further limited, resulting in a shorter battery life than the cell. For example, external factors such as inadequate cooling cause temperature gradients between the cores, which can cause different power and capacity decay of the core blocks, which in turn limits the battery capacity. The equalization system typically increases the available capacity and life by affecting the battery voltage so that each cell block can achieve the charge end voltage or the charge end and discharge end voltage.

In general, equilibrium circuits can be divided into active circuits and passive circuits. Passive balancing circuits are characterized by no switches to control the circuit, so they are not suitable for balancing strategies because the balanced load is not affected. On the other hand, the active equalization circuit allows the equalization process to be affected by actively enabling or disabling the equalization process. Figure 1 categorizes and summarizes the most common active equilibrium circuits. By reassigning the load, you can distinguish between the five main categories. Below the category are excerpts from some common implementations, each marked according to three characteristics:

A two-way solution can transfer energy to the core, as well as energy outside the cell, thus equalizing the battery. The advantage of a two-way solution is that it adds extra degrees of freedom: the direction of the equilibrium current, which allows for an increase or decrease in the load of the core.

A two-way solution can transfer energy to the core, as well as energy outside the cell, thus equalizing the battery. The advantage of a two-way solution is that it adds extra degrees of freedom: the direction of the equilibrium current, which allows for an increase or decrease in the load of the core. 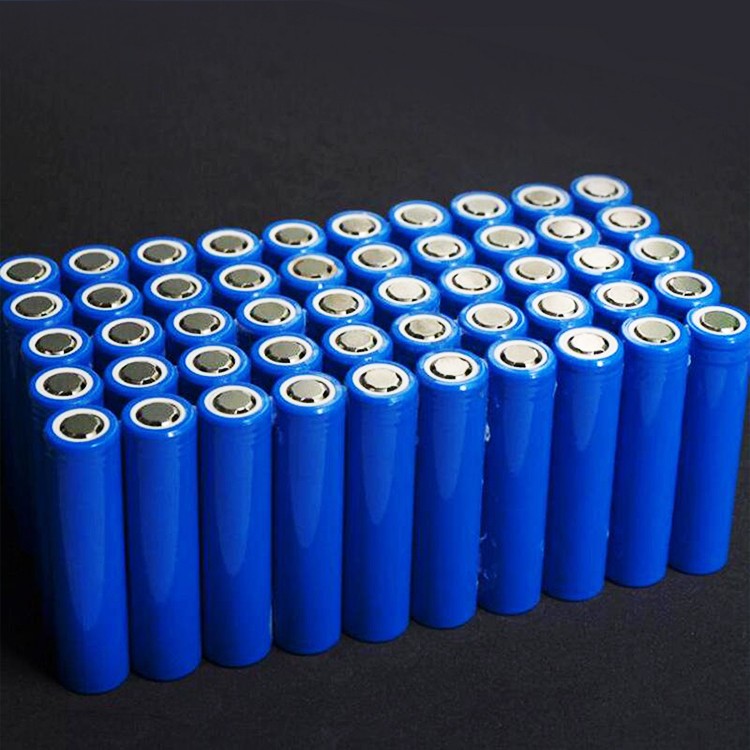 Dissipative equilibrium circuits are state-of-the-art because they are simple and economical. The downside is their lowest degrees of freedom, which can only discharge the core. Due to its dissipative characteristics, it is usually balanced when charging to avoid additional losses. The dissipative equalization circuit implements three possible strategies:

The top equalization is applied at the end of the charging process. When the first core block in the battery string reaches the end-of-charge voltage, stop charging and, after a certain relaxation time, measure the voltage difference between the lowest voltage core block and other core blocks. Research by Kindermann et al. shows that the relaxation time in the literature spans between 1 and 24 hours. Relaxation time is to allow the over-potential attenuation of the cell in order to measure the open circuit voltage (OCV). Next, the high voltage core block is discharged by bypass to the voltage level of the cell block with the lowest potency. The battery then recharges until one of the core blocks reaches the end of charging voltage again. This process can be applied repeatedly until a stop condition is made. Normally, the target voltage difference limit is reached at the end of the charging process.

Continuous equalization attempts to eliminate voltage differences during charging. This method is more difficult than the top equalization because the over-potential of the cell must be considered. A model, such as an equivalent circuit model (ECM), is therefore required to eliminate the voltage difference caused by impedance. The advantage of this approach is that it saves time because there is no need for extra time to relax the core.

Non-dissipating circuits redistribute charge between the cores, so the balancing process does not waste energy and heat production, and the charging and discharge processes can be balanced. Because the undesirable characteristics of the equilibrium circuit are only a fraction of the redistributed energy loss. The equilibrium voltage difference is achieved by transferring the charge from a high voltage core block to a low voltage core block, so the available capacity of the battery is increased. Because the initial difference between the cores is small, the equilibrium current is also small, but may increase as ageing increases. The equilibrium current can be applied to all operating states, so a model is needed to consider the cell overpotential, as in the case of continuous equilibrium.

In addition, the redistribution of the charge allows the non-dissipative circuit to affect the heat production of the battery block, which allows the goal of uniformity and minimization of aging by reducing the load of the core block at higher temperatures. The amount of current that the equalization circuit must handle depends on the characteristics of the battery. Bernadi et al.'s research shows that the heat generated by the core is associated with polarized heat, which is the product of the cell's over-potential and current. The potential is caused by ohm loss, charge transfer overpotential, and mass transfer limits, depending on the design of the battery and the active material.

The efficiency of the equilibrium circuit is another factor. Converters for non-dissipative circuits, which are usually load-related, are inefficient and act almost like dissipated circuits when operating at relatively low loads. Therefore, the design of the balanced circuit and the maximum and minimum load that the balanced circuit should handle play an important role. 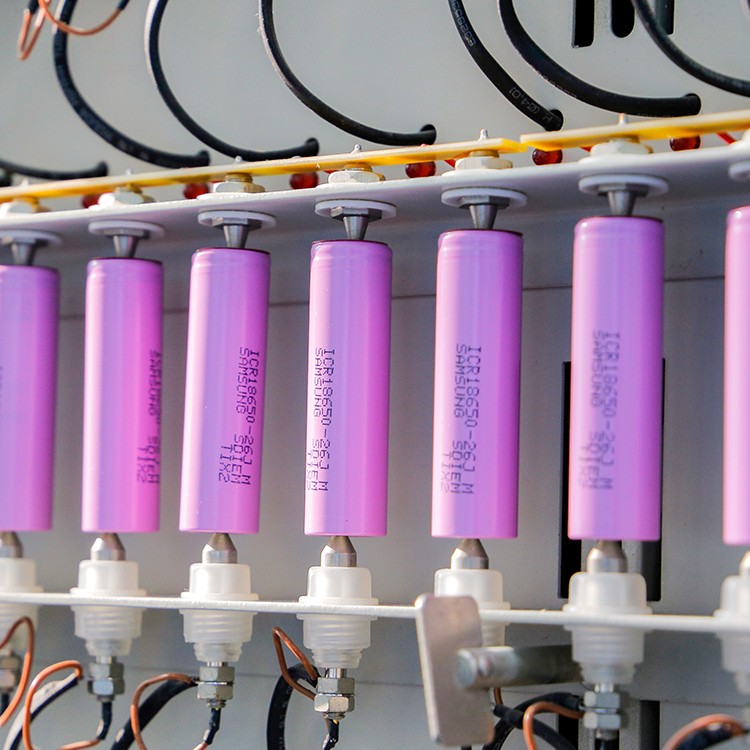 State-of-the-art dissipative equalization circuits, such as bypass resistance circuits, if the following assumptions are met: First of all, thermal management is carefully designed to avoid the temperature gradient between the core blocks, to avoid causing uneven aging of the core. Second, the battery capacity and resistance of the battery parameters changes in the battery life must be kept small enough to not cause the voltage deviation between the core blocks to limit the available capacity of the battery. In these two assumptions, the energy consumed by equilibrium is minimal and the equilibrium current is relatively low. In addition, models or complex strategies are often not required to balance.

However, if a hypothesis is violated, the overhead of a non-dissipative equilibrium circuit is reasonable because it reduces the temperature gradient between the voltage and the core block, increasing the operating capacity and ensuring uniform aging. In order to achieve a strategy of pursuing both temperature and voltage gradient reduction, thermal and electrical parameters need to be modeled. If the interaction between the battery and the cooling system is taken into account, the complexity of the model increases as the number of cells in the battery increases. In addition to the core parameters, the converter design that combines a balanced circuit with a load current is also critical.